Through the eyes of the speaker – Bart Joling

“You’re the star of the show without even knowing it” 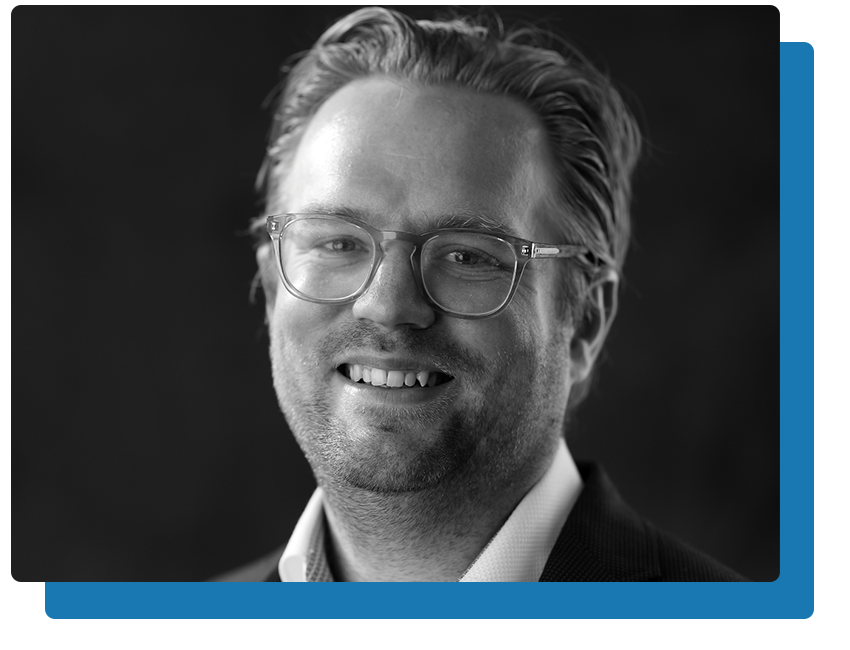 A digital event: (outside of) normal?

I’m very digitally minded myself, so when Niquell asked me to speak at a digital event, I saw it as a nice new challenge – and it is.

During the event, I talked about impact marketing and how to make your commercial and impact goals go hand in hand; and, naturally, bringing it all into the real world. It’s very special – we’ve gotten used to video calling by now, but such a digital event is very different.

”Hello? Is anyone there?”

You’re standing in a room with a big screen behind you. “What if it could be different?”, the viewers could read on my screen. I don’t know who was in the room, because I only saw myself. As a speaker, you then become very conscious of your own behaviour. This also made me more expressive; made some big gestures and used exuberant facial expressions. It’s handy, because you can immediately see what that looks like for the viewer.

After a while, I was totally into it, but I had to get used to it first. Once in a while, I asked the audience a question and got answers in the chat. This interaction worked well, until at some point something strange happened. There was a viewer asking me a question, but it didn’t happen in the chat. Due to a small mistake, I abruptly came face to face with this viewer, who suddenly appeared on my screen. This was a nice moment. I really liked seeing another head – the interaction is much more fun!

Towards the end of my presentation, a network carousel was organized. Here, based on an algorithm, I was matched with a viewer. If I had a viewer in front of me, it was often very enthusiastic, as if I were a celebrity. You are, as it were, the star of the show without knowing it yourself – only, I didn’t have to sign digital autographs. No, that’s silly (it would be a cool feature by the way)!

With a digital network carousel like this, you chat with people you might otherwise never speak to during a physical event; and if it’s fun, you can easily add each other on LinkedIn with a button. Ideal! I got good connections and even great business out of it.

Is this the new normal?

Well, is this the new normal? I don’t know, but at least the platform of Let’s Get Digital is incredibly well built. Content, interaction and networking in this case works even better digitally than physically. I can get in touch with other people in an easily accessible way, and they with me. I have to admit, it’s crazy to talk to a small camera to an audience you don’t see. Being the only one (audibly) laughing at your own jokes also feels strange. But, if I can believe the live chat, my viewers were on the edge of their digital seat… and that’s what you do it for!

Click here for the recap movie of the online event.

Curious about speaking at an online event? Send us a message

Ready to be remembered?

*With our whitepaper you surely are!

Get the best of both worlds – Like Hannah Montana

What role does technology play in hybrid event management?

Hybrid event management – what should you do?

ARE YOU READY TO MAKE CAPTIVATING EVENTS?

Connect with our experts to make your next hybrid, virtual or in-person event a resounding success.

Solutions
How it works
Products
Pricing
Insights
About us
Solutions
Hybrid events
Virtual events
In-person events
How it works
How it works
Explainer videos
Products
Virtual event platform
Mobile app
Registration
Badge printing
All features
Insights
Stories
Resources
About us
About us
Our impact
Our team
Partners
Get in touch
Try now
Menu
We use cookies on our website to give you the most relevant experience by remembering your preferences and repeat visits. By clicking “Accept”, you consent to the use of ALL the cookies.
Cookie settingsACCEPT
Manage consent

This website uses cookies to improve your experience while you navigate through the website. Out of these, the cookies that are categorized as necessary are stored on your browser as they are essential for the working of basic functionalities of the website. We also use third-party cookies that help us analyze and understand how you use this website. These cookies will be stored in your browser only with your consent. You also have the option to opt-out of these cookies. But opting out of some of these cookies may affect your browsing experience.
Necessary Always Enabled
Necessary cookies are absolutely essential for the website to function properly. These cookies ensure basic functionalities and security features of the website, anonymously.
Functional
Functional cookies help to perform certain functionalities like sharing the content of the website on social media platforms, collect feedbacks, and other third-party features.
Analytics
Analytical cookies are used to understand how visitors interact with the website. These cookies help provide information on metrics the number of visitors, bounce rate, traffic source, etc.
Advertisement
Advertisement cookies are used to provide visitors with relevant ads and marketing campaigns. These cookies track visitors across websites and collect information to provide customized ads.
SAVE & ACCEPT

Sign up for our newsletter and you will never miss any more articles, inspiration, news and updates from our Let’s Get Digital platform!

This is the secret pop-up to sign up for a VIP experience during one of our personal demo's. Join for a remarkable virtual event experience.

Get a Free Demo

EventInsight is now Let's Get Digital

The best of both worlds are combined to blow your audience away with the ultimate hybrid event experience, both on-site ánd online!

Or read more about the merge with Let’s Get Digital

Get a quote - Subscription

Get a quote - Single event